Two Pigs And A Piano!

Well the little hooman is learning some songs on the piano at school and being the supportive FURmily piggies whee are, whee have been wheeking along to help him!

Now today is pretty special because it is teen hoomans birthday and he is 17! Unfortunately, little hooman has only learnt Pigmas songs so whee played him ‘whee wheek you a merry Pigmas’ instead but whee think he liked it.

Hope you have a great day. Happy Saturday efurryone!

Well whee know from our furfriends across the pond that it is Thankgiving which whee think sounds like a very good idea. There are plenty of reasons to be thankful.

Whee asked some impawtent Thanksgiving experts what they were thankful for . . . 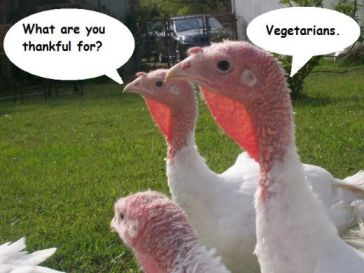 Well it’s understandable whee suppose. From what whee understand of Thanksgiving is, it’s a lot like Pigmas, only you don’t get presents for putting up with your family all day. Would you say that is accurate furfriends?

When whee asked Mummy what she was thankful for yesterday morning she said Game of Thrones as she excitedly watched the first few episodes. Then she watched the next few episodes and changed her mind. She starts her new job tomorrow . . .

Poor poor hooman! Happy Thanksgiving efurryone and just be thankful your family meals aren’t like Game of Thrones ones. Pretty much efurryone would be killed off before you got through the starter! And who knows who might be left by the time you get to the puddings!

Have a great day!

Oh how I love a good rub behind the ears! 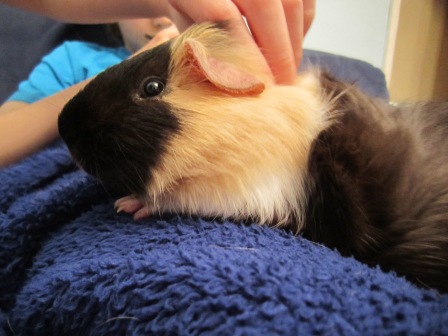 How To Bath Your Hoomans! 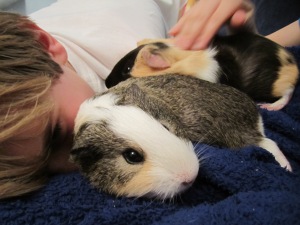 Our little hoomans are not altogether terrible. Occasionally they are late with our veggies or don’t give us as much food as whee would like but in all they are pretty good.

However, sometimes they have dirty fingers and with us being clean pretty piggies whee don’t like dirty fingers. So whee bath our little hoomans fingers. Mummy calls it kisses but whee are definitely bathing them.

Some of our furfriends have asked how, so whee have put together a little video explaining how whee do it.

Have a terrific Tuesday

Inspired by the Doctor Who 50th Anniversary whee have created a little trailer . . . Enjoy!

Mummy says that Santa Paws is always watching and he sees efurrything. Well I’m hoping Santa will forgive me if I confess to the naughtiness I have been involved in. 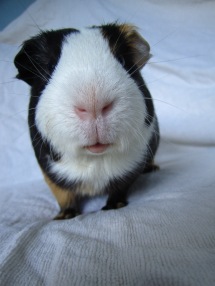 Who needs the pause button on the tv remote?!

The squeaking during the tense part in the movie was me showing how much I was enjoying it too.

Please confess your sins too so that Santa will forgive and visit you. Remember ‘Sins Before Santa’! ( #sinsb4santa Hehehehe)

That’s Not My Name! 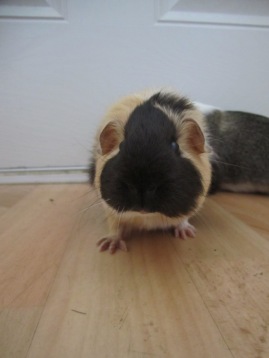 Mummy is quite a disappointment as a typist now that whee are sitting down to think about it. She is always making mistakes or not getting them right.

Too many times Buddy has become Biddy or Boddy or Buffy. Basil becomes Basol or Bsial and Nacho becuase Navho, Naxgo or Nsxgo.

These don’t even make sense! It’s like she just headbutted the keyboard and tried to pretend it was a word!

There are only four letters in my name so you can imagine how insulted I am when I get Nidj or Noda. She’s clearly not even trying anymore.

Now it’s beginning to show in real life too. She has been called me No-Noah and Nacho, Naughty Nacho. Basil Behave and Bad Boy Buddy. I’m starting to think she just doesn’t like our names. Well the hoomans chose them so it’s their fault if they keep wanting to change them.

Do your hoomans sometimes get your name wrong?

While clearing her Grandparents house at the wheekend Mummy found a surprising amount of pigtures and memories including one file marked ‘Judy’. 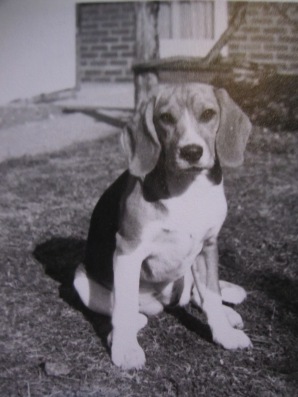 Judy was a beagle puppy that her Grandparents had before they even had her Mummy so it was lovely to see the pigtures and made Mummy smile even though she was sad. Whee don’t know what happened to Judy as no furry ever spoke of her but Mummy is imagining all sorts of adventures for her.

Remembering things is such a comfort.

Mummy spotted a little sore on my foot when cuddling me yesterday morning and went straight into neurotic, over protective pawrent mode. I knew what was coming even if I tried to hide under Noah. A vet trip. 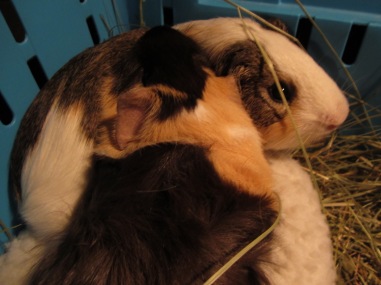 Hiding under Noah on the way to the vet 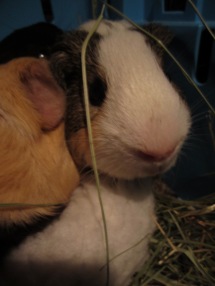 It wasn’t as bad as I expected. I squeaked the place down in the waiting room and was louder than any of the other animals which embarrassed Mummy as efurryone kept staring at her. The vet said I was fit and healthy other than the little sore which he suspects is early stages bumblefoot even though he cannot work out a cause.

I’ve got to take some icky medicine called baytril and some probiotics which I like, as well as a cream Mummy is going to get from Gorgeous Guinea Pigs which is supposed to help a lot with this.

With a combined effort of all these things, whee should beat this soon. Until then, I am still popcorning and playing and causing trouble like no bodies business. Plus, I get to work the sympathy vote!

It has taken a long time and a lot of work (longer than it has with any of the others) but Mummy finally believes that she can consider me a tame guinea piggy. Do you want to know why?

This morning she came downstairs and found me asleep, fully and deeply, out in the open like this: 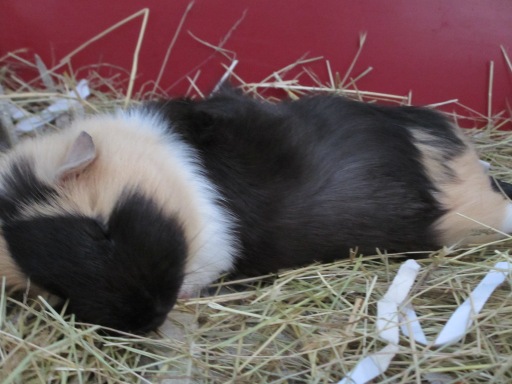 If I wasn’t comfortable and felt safe, I wouldn’t do it! Whee guinea pigs normally keep our eyes open all the time, even when sleeping. Very few of us sleep with our eyes fully closed even when whee are comfortable. Of Mummy’s previous piggies, one was furry nervous and would never do it. But another was furry tame and still wouldn’t do it. It depends on the piggies.

Mummy sat by my cage and watched me for a bit till I got irritated and opened my eyes to see what she wanted. 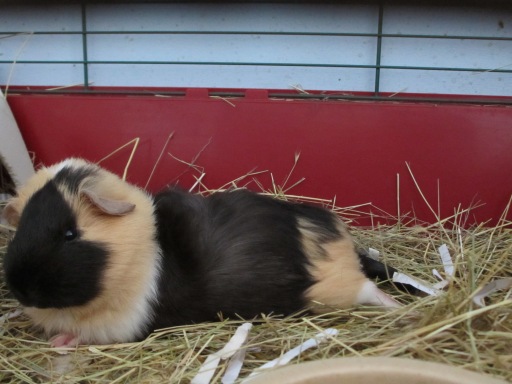 She said good morning and I huffed and snuggled down to go back to sleep. Those hoomans just love me! How can your hoomans or other hoomans tell that you are feeling relaxed and safe?

Have a lovely sleepy Sunday